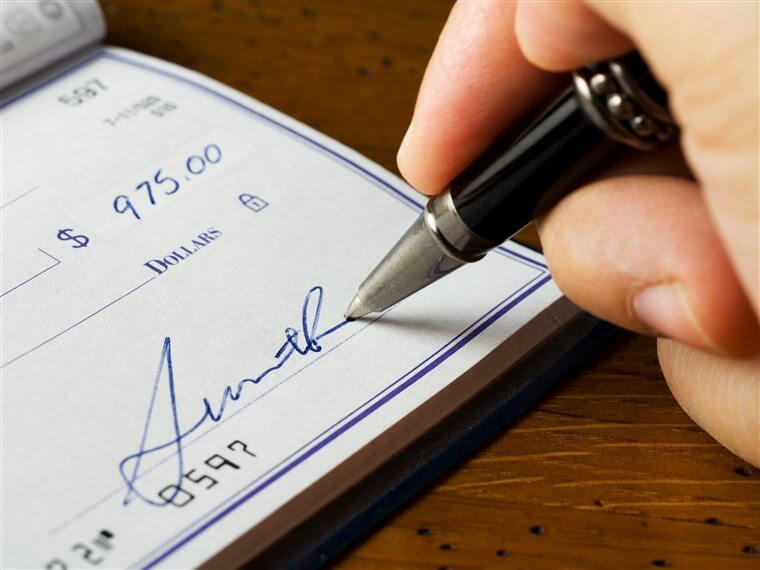 Cheques are the most common negotiable instrument used by businessmen and common people as security for commercial and individual transactions. Taking note of the frequency of usage of cheques in both business and individual transactions, the UAE Government considers a bounced cheque as a serious offence which would invite both criminal and civil actions against the defaulters.

Article 483 of the UAE Federal Law No. (18) of 1993 Commercial Transactions Law defines a cheque as “a commercial paper containing an order issued by the drawer upon a bank (the drawee) to pay in the date indicated therein, as being the date of issue, a specifying sum of money to the order of a third person being the beneficiary or the payee.”

As per the above provision, there are three parties to the cheque such as, (i) Drawer, (ii) Drawee and (iii) Payee. A Drawer is a person who provides a signed cheque wherein he orders the bank to pay the sum to the payee. A drawee is the bank from which the cheque is drawn. The payee is the beneficiary to whom the bank should pay the amount upon presentation of the cheque.

A cheque becomes bounced/ dishonored/ returned due to the following reasons:

As per the Article 401 of the UAE Penal Code, if a cheque is bounced due to any of the grounds mentioned therein, the Drawer shall be punished with detention or fine. Article 401 reads as “Shall be sentenced to detention or to a fine, whoever draws in bad faith a cheque without sufficient funds or who, after giving the cheque withdraws all or part of the funds, so that the remaining balance is insufficient to cover the amount of the cheque, or gives order to the drawee to stop payment, or if he deliberately writes or signs the cheque in such a manner as to make it non payable.”

According to Article 617 of the UAE Federal Law No. (18) of 1993 Commercial Transactions Law, the payee can present the cheque before the bank for collection only on or after the date written on the cheque, not before. The time limit to present the cheque as per Article 618, is six months from the date mentioned on the cheque. However, a bounced cheque/cheque without sufficient provision, would remain a criminal offence under the UAE Federal Penal Code after the lapse of the 6 months period, during the statute limitation period of 5 years prescribed by law for all criminal offences.

The UAE laws are drafted in such a way to protect the interests of the beneficiaries of the cheques and imposes strict criminal charges as well as civil actions against those who offer cheques with insufficient balance.

At the point when the cheque is dishonored, the payee is legally entitled to lodge a criminal complaint as well as a civil case in order to ensure punishment to the defaulter while getting their money back. In this way, the creditors are very much protected under the law.

When the creditor/payee files a criminal complaint about the dishonored cheque, the police authority will contact the drawer and require his presence before them. At this stage, the drawer can either settle the matter by paying the amount or else, he can decide to face any further legal actions. Otherwise, the Police will register a criminal complaint against the drawer and transfer the case to the Public Prosecution Department for further investigations.

It ought to be noted that in the year 2017, the Emirate of Dubai introduced a special law i.e., Dubai Law No 1 of 2017 ( also known as Criminal Order Law), which permits the Dubai Public Prosecutor, within the limits set out in the law, to find the defendant guilty of certain misdemeanors and issue a penalty for the crime committed without the matter being referred to court.

Accordingly, the Dubai Public Prosecution issued decision no. 88 of 2017 wherein the offender of a bounced cheque can avoid the criminal proceedings by paying a fine if the amount of the Cheque is not exceeding AED 200,000. The amount of fine varies between AED 2,000 and AED 10,000 depending on the cheque value.

If the amount of the cheque does not exceed AED 200,000/- it will be categorized as ‘simple offense’ with a penalty based on the amount mentioned on it and this penalty is announced by Public Prosecution Department as a Criminal Order. Once the fine is paid, no imprisonment can be imposed on the offender in the Emirate of Dubai. However, civil actions can be initiated against the offender.

However, if the amount of the cheque exceeds AED 200,000/-, the Public Prosecutor upon receiving both parties’ statements will refer the case to the criminal court, which will examine the case in detail and will pass its judgment accordingly.

The UAE law treats dishonor of cheques as a serious, cognizable offence where the aggrieved party has the right to file a criminal complaint as well as a civil case against the defaulter (drawer) for recovering the amounts.

Considering the above serious legal consequences, the parties mostly resolve the issues through settlement in its early stage.

However, if for some reason the amicable settlement is not reached, and the matter gets escalated to the next level, appointing an experienced lawyer as soon as possible would be the most practical decision to prevent further legal implications and damages.

For any queries or services regarding Cheque bounce cases, you can contact us at +971 4 3298711 or send us an e-mail on consultants@uaeahead.com . Also visit our website www.uaeahead.com