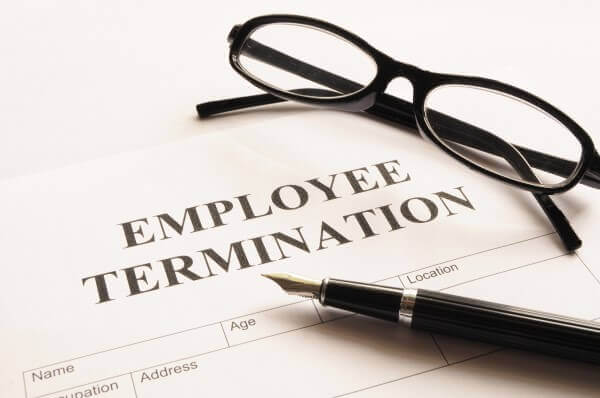 The UAE labour laws are very much lenient to the workers. When an employer dismisses an employee without a notice or warning letter or forces him to resign from the job without any reasonable grounds, such dismissal would amount to an arbitrary dismissal. Article 122 of the UAE Labour Law defines that when a worker is dismissed by his employer for a reason irrelevant to the work, it is ‘arbitrary termination’.

According to Article 123 of the UAE Labour Law, if arbitrary dismissal is proven, the Court can order the employer to pay an additional compensation to the employee.

In case of a limited contract, there is no notice provision under the UAE Labour law for the termination of limited term contract. Such contracts simply expire at the end of the term or on the date specified in the contract (unless terminated earlier by either party).

In case of an unlimited contract, it can be terminated by either the employer or employee at any time subject to serving a notice to the other party for a period of at least 30 days, unless the Employment Contract provides for a longer notice period.

It is an obligation of the employer under Article 46 of the UAE Labour Law to give a trainee enough time to acquire theoretical knowledge. He should also give the trainee a sufficient time to learn the principles of the occupation and the skills for which he is recruited.

Further, the Labour Law allows summary dismissal of an employee by the employer on eleven exhaustive grounds under Articles 88 and 120 of the UAE Labour Law.

The grounds on which an employee can be dismissed without a notice are:

Alternately an employee may validly resign prior to the expiry of the contract under the provisions of Article 121 of the law as per which, he can abandon his work without notice in the contract or in this Law (a) if the employer fails to honour his obligations towards the worker or (b) if he is assaulted by the employer or the employer’s legal representatives.

The established jurisprudence and practice in the UAE is that the Courts will not deem a termination as ‘arbitrary’, if it is found that either (i) the employee is guilty of one of the specified (and exhaustive) gross misconduct type reasons listed in Articles 88 and 120 of the UAE Labour Law, or (ii) the employee is a poor performer (and there is documentary evidence supporting the poor performance or misconduct).

According to the UAE Labour Law, the maximum additional compensation that can be awarded for an ‘arbitrary dismissal’ of an employee is three months’ remuneration, calculated based on the last pay received by the employee prior to dismissal.

For determining the amount of compensation, the Court will consider the type of work, the extent of damage incurred to the employee and the total period of the employment. The amount, however, should not exceed three months wages.

In addition to the aforementioned compensation, the employee can claim his gratuity, notice period dues, payment in lieu of untaken leave or any other unpaid dues and post-termination entitlements he is entitled to from his employer under UAE Labour Law.

For the purpose of computation, the term ‘remuneration’ refers to an employees’ full pay (basic salary plus any monthly allowances).  In addition, where the employee receives regular or guaranteed bonus or commission payments, these may also be considered by the Court while determining the employee’s remuneration.  The actual amount of the award, if any, is ultimately determined by the Court.

For any queries or services regarding labour law, you can contact us at 043298711 or send us an email on consultants@uaeahead.com. Also visit our website www.uaeahead.com

Setup your Limited Liability Company in Dubai and Protect Your Rights as Foreign Investor by Expert Legal Advisers in UAE Starting from AED 15,000

This iPhone App aggregates the latest News and Laws related to Dubai and the Property Market, and offers insight on our Legal Services.

This Android App aggregates the latest News and Laws related to Dubai and the Property Market, and offers insight on our Legal Services.

Get Legal Advice
Call Now!
Back to Top